I was just wondering if anybody feels the same about this movie as I do when comparing to the rest of Pixar's movies. I've seen every Pixar movie except for Cars and for me, they have all just been average experiences, not the transcendent films that everybody else thinks they are. I just finished watching WALL-E though and not only did I think it was their best work but it was also a genuinely great movie.

So, am I the only one in thinking this the Pixar movie for people that are not fond of any of their other works?

It is a special film with much to be said for its beauty of spirit. It's touching, funny and profound for those who can see it.

Wait a minute ... there are people that don't like Pixar?

Seriously, WallE is very different from other Pixar films. It is a lot closer to "cinema" than their other films. Whereas the other Pixar films are great movies to watch, and great family films (if you don't think Pixar films are transcendant, get married, have kids, and watch them with your own 6 year old) WallE is something different. IMO, it is the crown jewel of what Pixar is done, and is the Pixar movie that will most be remembered as a classic 75 years from now, not as a family film, but as a brilliant movie that happens to be family oriented. 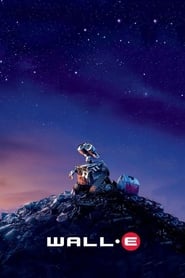 WALL·E is the last robot left on an Earth that has been overrun with garbage and all humans have fled to outer space. For 700 y...