Braveheart begins with the young William Wallace losing his father and leaving his small Scottish village. I have to admit, the first 15 or so minutes of the film were less than exciting. I can deal with slow scenes if I feel that they have purpose and set up the film, but I felt myself having a difficult time connecting with William as a boy, perhaps because there was not enough development with him and his father. Thankfully, I managed to make it through this introduction because the film picked up quickly. Since I watched this movie for the first time a week ago, my opinion of Mel Gibson is not favorable, and so I thought this would be distracting. However, I immediately became entranced in the love story with Wallace's childhood friend. Her unjust death pulled me in the film even further. I found myself emotionally bound to the revenge that I hoped Wallace would find. The battle scenes were realistic and the visuals were captivating. Mel Gibson's portrayal of a grieving, revolutionary hero was exceptional.

Despite these praises, I strongly believe this film failed. The critical flaw was the romance between Wallace and the French princess. While I understand the theme of freedom was crucial to the film, the primary motivation for Wallace was love and revenge, symbolized by the swatch of fabric from his dead wife's clothes. Each time that Wallace looked at the cloth, there was a renewal of understanding as to Wallace's purpose in fighting the English. Rather than keep this powerful symbol, the film threw away all of the purpose and power that the movie possessed by Wallace sleeping with the princess. Initially, I enjoyed the princess' character. She helped Wallace and it seemed that her moral compass pointed her towards helping the Scottish. But as she indirectly admits later, the reason why she was helping Wallace was because she loved his face/him. This temporary moment of lust destroyed what could have been an exceptional film of freedom, revenge and love.

Add your comment below to get this discussion started! 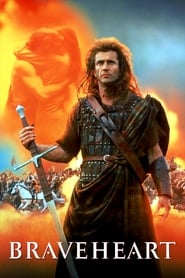 Enraged at the slaughter of Murron, his new bride and childhood love, Scottish warrior William Wallace slays a platoon of the l...